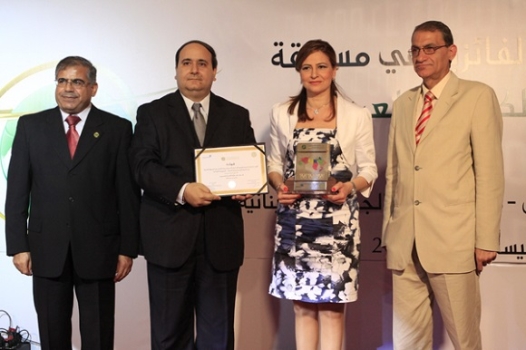 The Lebanese Ministry of Public Health won the E-Government Excellence award and the creativity prize for the category of the ministries for its official website www.moph.gov.lb  at the competition that was organized by the Arab Administrative Development Organization (ARADO) and the Pan Arab Web Awards Academy.

The Arab Administrative Development Organization – the league of Arab States and the Pan Arab Web Awards Academy honored the winners of the Arab E-government award at a dinner at Phoenicia Hotel. Among those at the reception were the Director General of ARADO Refaat Faoury, Oman’s Ambassador to Lebanon Mohammad Bin Khalil al-Jazmi, Jordan’s Consul to Lebanon Rashid Arayqat, the UAE chargé d’affaires in Lebanon Ahmad al-Mazroui, the president of the Pan Arab Web Awards Academy Mr. Pierre Moukarzel, Director of Lebanon NNA, Mrs. Laure Sleiman Saab, in addition to representatives of governments, parliaments, official entities, institutions and municipalities in the Arab Countries.

The “Arab E-government Award” competition was launched in collaboration with ARADO, one of the Arab League organizations and the Web Awards Academy. It aims at improving the Arab e-government websites and encouraging creativity in web design according to the international standards.

In a statement, al-Faoury stressed that the transition to digital is not an option anymore, but a reality. He also noted the importance of the award launched by ARADO and the Pan Arab Web Awards Academy to reward the efforts exerted by the governments that developed websites on the internet to provide the citizens with services and information will full transparency.

Moukarzel stated that the role of the academy complements that of the organization, since they both work to support governmental projects and ideas that enhance the communication with societies that seek more prosperous lifestyles and means to fulfill their critical needs. He added that this ceremony was to honor ministries and institutions that deserved these awards, such as the Kingdom of Bahrain, the Arab Republic of Egypt, the Hashemite Kingdom of Jordan, the State of Kuwait, the Sultanate of Oman, the Kingdom of Saudi Arabia, the UAE and the Republic of Lebanon.

Four awards went to Lebanon, among which the official website of the Lebanese Ministry of Public Health, where Mrs. Lina Abou Mrad and Mr. Antoine Romanos were welcomed as representatives of the ministry. 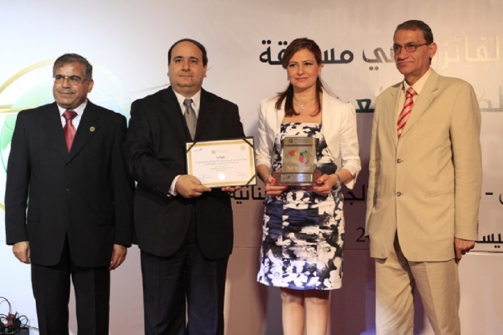 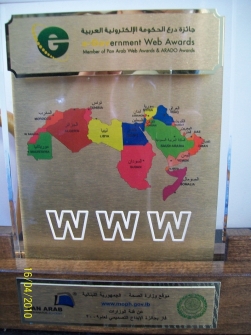 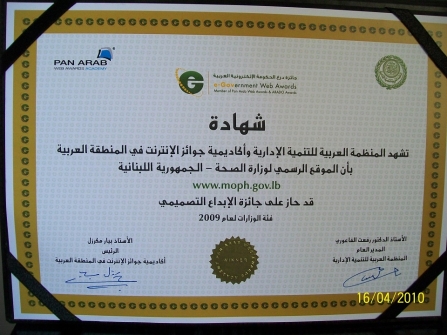