Achieving Universal Health Coverage (UHC) is a main goal of the National Health Strategy, and is based on the principles of justice, equity, poverty reduction and the rational use of resources. It requires financing or providing preventive and curative quality health care for all, to satisfy each one’s needs against affordable contributions. Whereas alleviating the financial burden, as much as possible, on households, especially the poor, remains a main objective of UHC.
The purpose of Universal Health coverage is to ensure universal accessibility to services that address population health needs and country health priorities with adequate quality, without incurring households financial ruin. This implies reaching a consensus over two major policy decisions: 1st defining a benefit package, and 2nd, setting an acceptable level of financial burden on households, more specifically the OOP bearable level by income category. Starting up from scratch, the benefit package would include essential health services such as PHC, and the government would cover as much health interventions as its budget allows, by beginning with the most cost effective ones such as immunization, TB treatment and prenatal care. Thus the population would expect regular upgrading of the system and would welcome incorporating progressively more advanced services such as renal dialysis, treatment for cancer, and sophisticated surgeries. The dilemma of the health system in Lebanon is the current existence of a universal coverage for tertiary care and sophisticated treatments such as open heart and joint replacement surgeries and expensive cancer patent drugs, whereas, paradoxically, prevention and PHC services are not universally covered.

Therefore, while the population is looking up for more and more technologically advanced interventions, the public opinion would not be particularly enthusiastic about enhancing the coverage of essential services such as introducing new vaccines to the immunization calendar, mental health and safe motherhood care. Consequently, politicians would not venture a UHC plan that may disappoint their voters.
Nevertheless, technically, the main issue for achieving UHC in Lebanon remains the accessibility to a comprehensive package of PHC services including promotive, preventive and palliative care in addition to early diagnosis and early treatment.

The 1998 National Health Accounts revealed that Total Health Expenditures (THE) represented 12.3% of GDP of which 60% were Out-Of-Pocket (OOP) payments. There is no doubt that oversupply in addition to focusing on financing curative care, and the poor quality of preventive and primary health care at that time, have contributed to over consumption of expensive diagnostics and treatments provided by the private for profit sector.
The MOPH historically covers In-patient services and expensive treatments. Ambulatory services were mostly uncovered, and therefore most OOP were spent on medication and outpatient services. The development of a wide network of PHC centers providing quality services that are accepted as an alternative for the private outpatient care, became the main goal of the MOPH to ensure universal accessibility to health care.
The success of the MOPH in decreasing the THE to 7.5% of the GDP in 2012 mainly by decreasing the OOP to reach 37% of THE, confirms the pertinence of reorienting its strategy towards PHC, especially that rationalization of households health expenditure was associated with an increased utilization of health services along with quality improvement. This was consolidated by a positive overall impact documented by a significant improvement in health indicators. Nevertheless, the OOP is still considered relatively high which requires moving further along the same strategic direction towards achieving UHC.

Primary Health Care services have proved to achieve significant outcomes compared with the modest resources they need. In addition, the contractual relationship of the MOPH with NGOs have contributed to streamlining PHC services provided by NGOs and to rationalizing the spending through shifting more funds towards promotion and prevention. This relationship is based, on one hand on the centers’ commitment to improve the health status of the community by providing a comprehensive package of PHC services according to WHO’s definition; And, on the other hand, the MOPH provision of free-of-charge vaccines and essential drugs in addition to setting quality standards and clinical protocols, as well as ensuring the required training of NGOs Staff. What distinguishes this relationship is the MOPH in-kind contributions (replacing the conventional fee-for-service reimbursement), against centers' commitment to achieve better health outcomes. This mechanism avoids incentives for over consumption and encourage tailoring interventions according to community’s needs. This relationship constituted a more effective alternative compared to traditional financial subsidies provided by other Ministries to NGOs, whereby the government has not been able to control spending or even evaluate the results of its investment. By their nature, the MOPH contributions, whether related to its normative role or to the supply of vaccines and generic drugs, cannot serve but the intended purpose of the contract. On the other hand, the involvement of Municipalities as third parties enhances community participation in orienting, managing, and evaluating PHC services.
Strengthening the network of primary health care centers, and linking them to government hospitals through a referral system, is a key pillar of the national health strategy. This network is covering gradually all cities, neighborhoods and villages, benefiting from a geographic information system indicating the groups of habitats that are to be included.
Achieving Universal Health Coverage in Lebanon requires the adoption of government financing modalities linked to community enrollment of citizens providing them foremost access to preventive services, early diagnosis and early treatment, which will reflect positively, not only on the health status and budget of households, but also on public health and total health expenditure.

This is a decentralized coverage design consisting of the following:
This is not a project for establishing a “health insurance” financing model funded by adherents’ contributions. Pooling risks through mandatory adherence is not considered as a requirement for two reasons: first, bad risks that incur expensive tertiary care are already covered by the MOPH for hospitalization and second, the Government decision is to allocate treasury funding for this kind of essential health services. This would rather be a voluntary enrollment system to constitute a catchment population that is loyal to a particular health center. The enrollment fee serves two objectives: first, it makes the NGO liable to the enrollee who in return would claim his rights to get the whole range of services included in the package, and second, to transform into prepayment some of the OOP spent on health care when purchasing the services, while reducing it significantly.

On the other hand, the enrollment would allow for a kind of capitation based financing where the MOPH links its payment to the number of enrollees avoiding thus inflationary fee for service reimbursement. This system would also incite the health center to provide quality services in order to attract enrollees and therefore generate more revenues and at the same time promote early diagnosis and rational follow up.

This program is expected to double the revenues of the health centers in the first year, enabling them to attract additional qualified human resources and enhancing their capability to providing quality services.

The increase in the activities of the centers will lead to increased demand for essential medicines provided or funded by the MOPH and will incur additional administrative burdens on the primary health care department, which will require additional human and financial resources. The expected cost of this initial phase is 60 Billion LBP from which the government will have to contribute with 40 Billion LBP representing only around 6% of the 2013 MOPH budget.


[1] This working paper elaborated in April 2014 was behind the development of the WB project on UHC that started implementation mid 2016.
[2] Director General of the Ministry of Public Health.
Professor at the Faculty of Medicine- Lebanese University 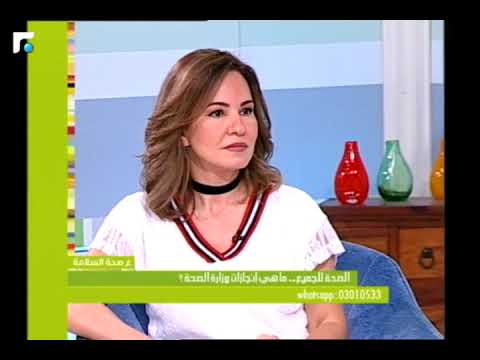