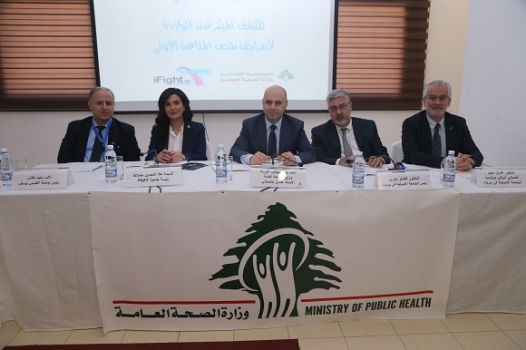 Under the auspices and in the presence of Deputy Prime Minister Health Minister Ghassan Hasbani, “The National Campaign for Early Detection of Primary Immune Deficiency” was launched at the Ministry in collaboration between the Ministry and ifight pid association at the AUBMC in Beirut.

In a statement, Health Minister stated that today we are witnessing the best complementarities and synergies between the State, civil society and institutions in Lebanon. “It took me less than a few minutes to become one of the supporters of this association to fight together for human being from birth in order to build a better life and society where we can live healthy. We should take measures of prevention and precautions against rare diseases, such as immune deficiency which affects a number of children in Lebanon, causing them severe infections,” added Hasbani.

The Director of the Center for Infectious Diseases Research at the AUBMC in Beirut, Dr. Ghassan Dbaibo explained that there are several types of primary immunodeficiency, just like cancer. In fact, this disease is a group of over 250genetic diseases.

“We have started to work for almost two years now to establish the iFight PID Fund at AUBMC founded and headed by Mrs. Ola Masri Jomblatt. This fund aims at helping the families of children with primary immunodeficiency, in particular the most severe type of pid, which requires the transplantation of blood stem cells as a treatment,” added Dbaibo.

“The decision of including the TREC Assay in the ministry’s agenda was issued, thanks to the efforts of our team, which means that every child born at the Ministry’s expense will undergo TREC Assay at birth,” he noted.

In a statement, ifight pid founder and chairperson Mrs. Ola Masri Jomblatt said that every child with primary immunodeficiency should have the chance to live.

In order to ensure the success of the program that will be implemented starting March 2018, workshops will be organized as of 27/01/2018 to train the specialized medical staff from all the Lebanese governorates under the supervision of Professor Ghassan Dbaibo.

“This view has been adopted since 1995 by the USJ in Beirut when the Medical Genetics Unit (UGM) in participation with the hospital of our university Hȏtel Dieu de France adopted the early detection of pid. In 1995, 5 diseases were added to list of newborn. As we keep pace with technology, the number of diseases increased to 30 in 2006. Today, with TREC Assay, more diseases were even added to the list,” said Saint Joseph University (USJ) rector, Reverend Professor Salim Daccache in a statement.

AUB president Dr. Fadlo khuri noted that the number of university Medical centers for the treatment of these rare diseases is limited. He thanked Dr. Ghassan Dbaibo who gathered a number of outstanding physicians specialized in pid in order to fight these diseases, ifight pid fund at AUBMC in Beirut represented by its Chairperson Mrs. Ola Masri Jomblatt for the hard work she has put to convince the Ministry to support the first national program in the Arab World and developing countries for the early detection of pid. He thanked as well his friend Father Salim Daccache, the Minister of Public Health and Health Ministry. 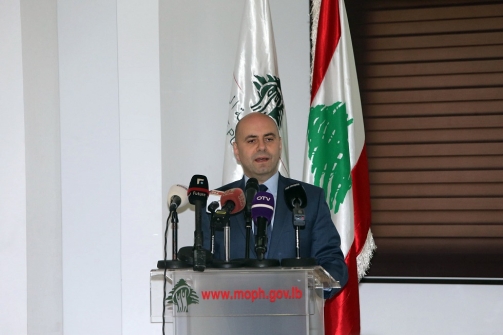 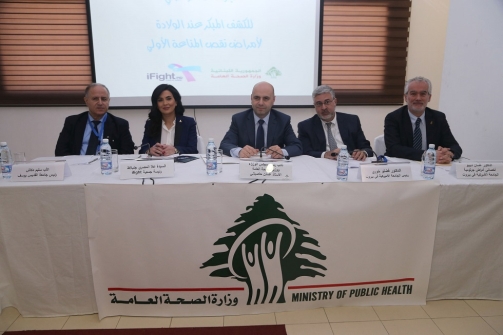