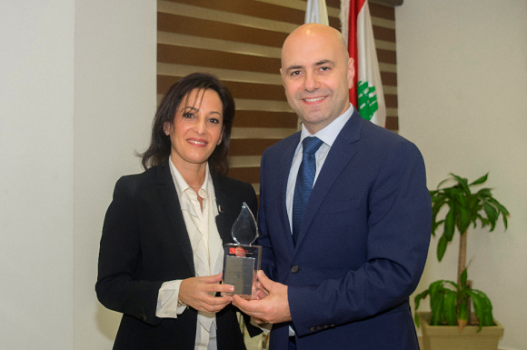 IBloodlink that has recently launched a smart application that enables blood donation in a sophisticated way has honored Deputy Prime Minister Health Minister Ghassan Hasbani in his office at the Ministry.

The President of the Association Roula El Halabi granted Hasbani an award plaque and an honorary membership certificate in recognition of his role in launching the application, the support of the Ministry for the success of the project and making it available for all donors and recipients in Lebanon. El Halabi also announced a qualitative development of the application that will be considered as a leap forward in the culture of donation that will be unveiled when achieved.

Hasbani stressed the importance of supporting the initiatives that contribute in the culture of saving lives, as he called for the dissemination of iBloodlink application among the largest number of citizens and institutions in Lebanon.

Hasbani supported as well the permanent coordination with the Ministry of Public Health and stressed the importance of blood donation culture outside emergencies. 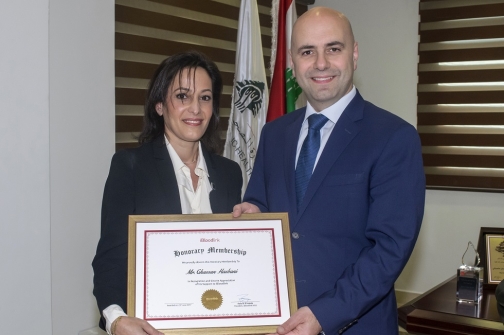 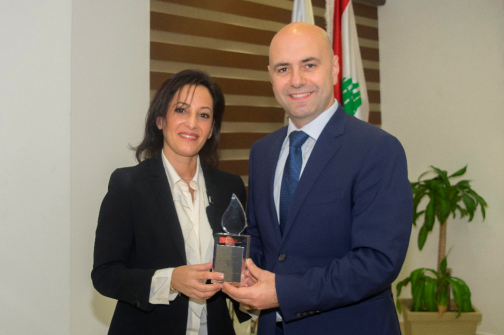 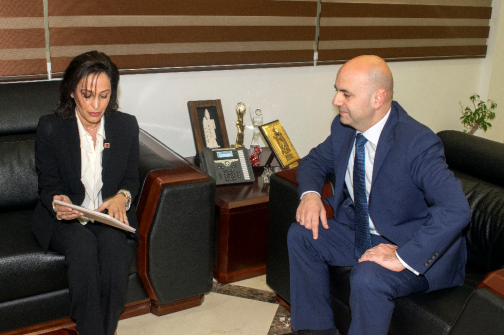