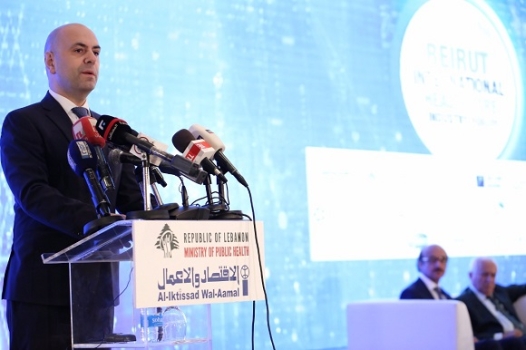 Deputy Prime Minister Health Minister Ghassan Hasbani spoke at the beginning of the forum, stressing the importance of choosing the forum’s timing for two reasons. The first reason is that Lebanon has maintained a high level in the Health Sector at the regional and international levels in spite of all past and current hard circumstances. The second reason is that we wanted to launch a positive interaction between the two branches of Health sector – the investment-economic side and the medical side in all its ramifications and fields from hospitals, physicians and pharmaceutical factories to technology companies and finally modern medicine companies, orders, unions and institutions. He added that we wanted to provide you with an international medical platform that gives the opportunity to learn about the future of the International Health sector and sheds the light on the progress of health services in Lebanon and the Ministry’s policies and the extend at which local and international investments are attracted to the sector.

Hasbani added that in spite of the small size of Lebanon that is emerging from wars and occupations, suffering from an unprecedented refugees’ crisis and local and regional rising pressure, it succeeded in maintaining a high position at the Arab level in the field of medical services thanks for its medical institutions and the skills of its physicians, experts and specialists. In fact, it ranks first at the Arab level and high at the international level.
Health Minister noted as well that Lebanon has the necessary capacities to attract local and foreign investments in this industry, including hospitalization, pharmaceutical industry, tourism, medical tourism and other fields.

Hasbani paid tribute to the resources that distinguish us since the independence and remain the basis of our economy’s strength. These resources are not natural but human resources based on skills in all fields, outstanding physicians in Lebanon and around the world, and successful business people following their dreams. In spite of the modest capacities of our state, the private sector has proved his excellence, given the success of hospital centers, pharmaceutical industry and other fields.

Minister Hasbani announced the launch of the new “Health Sector Strategy” in Lebanon that will contribute in the provision of universal health coverage and reducing the cost of hospitalization incurred by the citizen and the state at the same time, and providing investment opportunities that will make Lebanon an example for Health development and a source of proud to all of us and its supporting organizations.
It is worth noting that Dr. Mahmoud Fekri and Raouf Abou Zaki made statements during this forum. 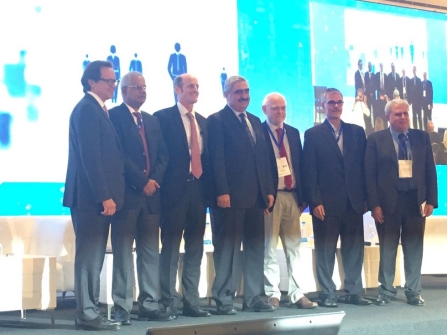 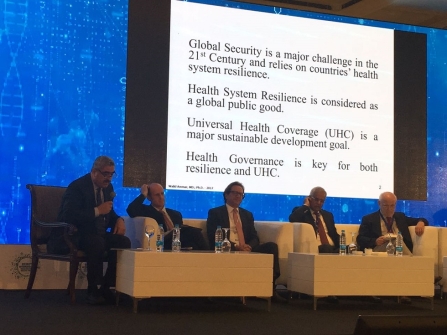 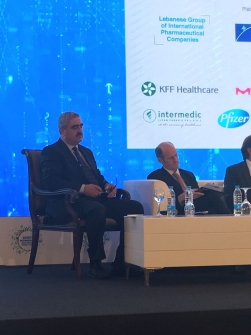 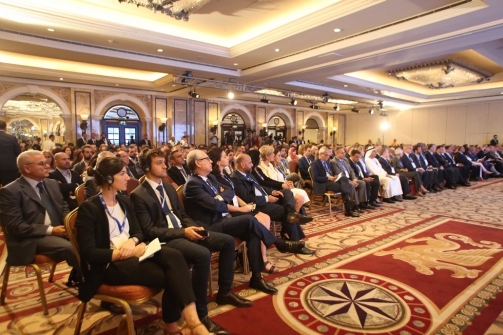 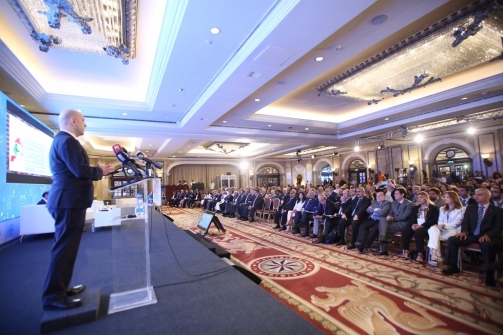 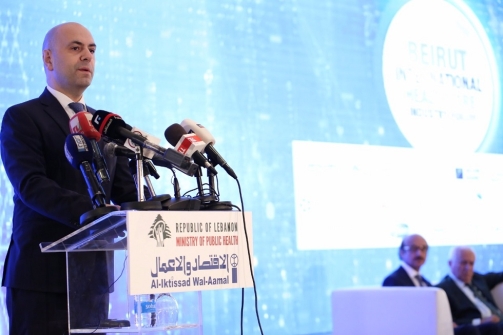 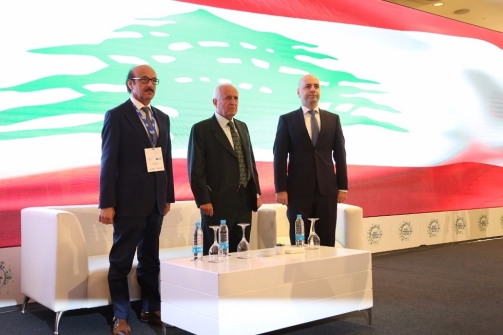