Be Responsible
#Raise your voice
Send us any Fraudulent Action or Enquiry so we can ALL contribute to make a Difference
Date: 24/07/2017
Author: NNA
Source: MOPH 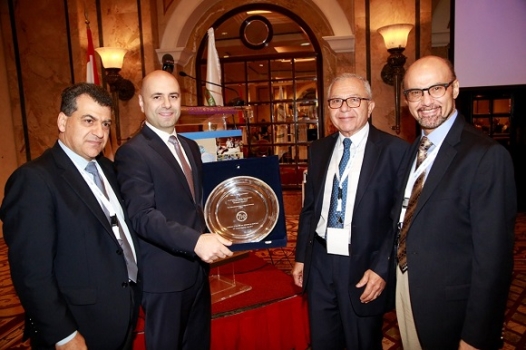 The International Musculoskeletal Society I.M.S. Celebrated the Anniversary of its Foundation under the Patronage of the President Aoun. Hasbani: My priorities are to Support Medical Conferences and Medical Ethics

`NNA- The International Musculoskeletal Society I.M.S. held its annual conference in Beirut under the auspices of the President of the Lebanese Republic General Michel Aoun represented by Deputy Prime Minister Health Minister Ghassan Hasbani with the participation of more than 425 physicians from 41states around the world and a number of Lebanese physicians, media specialists and people involved in the medical sector.

The Former Head of the Division of Orthopedics at Geitaoui Hospital, the Secretary General of the Society and one of its founders Dr. Raja Chaftari gave a welcome speech and wished the physicians who attended the conference “a fruitful visit in their second country Lebanon”. He also thanked the “support and wide participation of the world’s leading societies; the American Academy of Orthopedic Surgeons, the AO Spine and the North American Spine Society.”

In his turn, the Lecturer at the American University of Toledo and Treasurer of I.M.S. Dr. Hassan Serhan, and “in a step that constitutes a milestone for transparency” presented a detailed report of the financial situation of the society. I.M.S is a charitable society headquartered in Boston, USA and concerned in training the physicians from around the world in general, and Lebanon in particular, on the latest technologies and developments in all Musculoskeletal fields, from orthopedics, to neurosurgery and pain treatment.”

The Lebanese President of the Society, Head of the Division of Spine Surgery at Boston University in USA and the founding president of I.M.S. Dr. Toni Tannouri made a statement on the “main objective of the society; the patient first and foremost”. He also urged the participating physicians to “treat every patient and sick as if they were a brother, mother, sister or son.”

Hasbani made a statement in which he stated that he considers “this kind of conferences as a national initiative”, and expressed his admiration and appreciation for the Lebanese capacities that reflect their loyalty to the country through the scientific and cultural inputs such as the annual conference of I.M.S.”

He also approached the issue of medical error, as he said: “All the Physicians in Lebanon and around the world are subject to errors. They are, after all, Human. However, the most suitable way to prevent these errors is the sustainable learning and development of their skills and knowledge. As far as we’re concerned, following the policy you are pursuing through your annual conference will definitely reduce the number of victims of medical errors and strengthen people’s confidence in their physicians. All this depends on your readiness to deal with any case you’re facing. As a Minister of Public Health, I consider this as my highest priority. Hence such meetings and conferences are my priorities, and I think that I am responsible for supporting these capacities as I underline the ethical and medical principles that should remain sacred in this profession.”

It is worth noting that the founders of I.M.S. have been focusing since the first year of the society’s foundation on “maintaining the international levels of conferences and workshops”. The feature that distinguished the tenth annual conference of the society annually hosted by Beirut from the other conferences held in the Middle East is: “the training of physicians on imported human corpses of people that donated their bodies for the sake of science, which is considered as the best way to train physicians.”

The tenth conference concluded with a dinner during which certificates of appreciation were handed out to the participating physicians and all the persons that contributed to the success of the international conference that turned into a medical and scientific platform for orthopedic surgeons from the most important universities and hospitals around the world.
Sitemap