Be Responsible
#Raise your voice
Send us any Fraudulent Action or Enquiry so we can ALL contribute to make a Difference
Date: 28/07/2017
Author: Minister Office
Source: MOPH 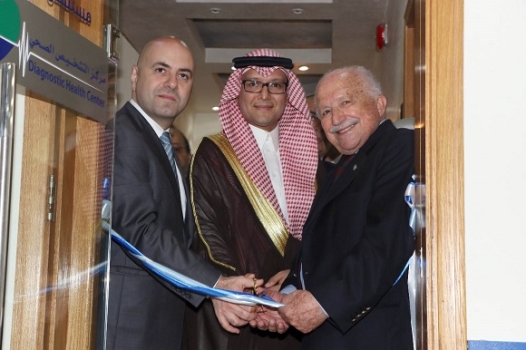 Al-Makassed Association President made a statement in which he thanked “the Custodian of the Two Holy Mosques, King Salman bin Abdulaziz, His Highness the Crown Prince and the Kingdom of Saudi Arabia for its support to the civil associations in general and Al-Makassed in particular. He added: “the region where the hospital is located is in need of a specialized division for external diagnostic operations. This was achieved thanks to the generous grant of the Kingdom of Saudi Arabia that helped us promote the hospital with advanced equipment through the efforts of the true friend Chargé d'Affaires of Saudi Embassy Walid Bukhari.”

He concluded saying: “the hospital will soon open a new center for intensive care with contributions from the Kingdom of Saudi Arabia. This center will include 20 beds and is considered as a medical and charitable value added to the generous donations of KSA to Al-Makassed.”

Deputy Prime Minister Health Minister then made a statement, saying: “Today, we meet on the occasion of the inauguration of Diagnostic Services Division in the hospital funded by the Kingdom of Saudi Arabia.  This step contributes in the promotion of the medical and Hospital Sector in Lebanon, and maintaining its leading role in keeping up with modernity and the latest developments.”

He added: “the assistance of the Kingdom of Saudi Arabia is not the first of its kind. The KSA has always stood by Lebanon and its people in the hardest circumstances. This is the second donation this month after the assistance granted to Hariri governmental hospital and its Primary Health Care center within the in-kind assistance that The Kingdom has announced to grant to the Health sector in Lebanon.”

He concluded, saying: “I wish “Al- Makassed” Association prosperity of all its institutions, in particular the medical ones and the hospital where we are today. I would like to thank again the Kingdom of Saudi Arabia for its charitable initiative, and I commit myself to continue working with determination to provide the best medical services to the Lebanese citizen and the most suitable atmosphere for investments in the Hospital Sector.”

After cutting the ribbon, the attendees walked through the division and have been briefed by the specialist doctors on the services provided by the diagnostic services Division and the future vision of the hospital.
Sitemap