Be Responsible
#Raise your voice
Send us any Fraudulent Action or Enquiry so we can ALL contribute to make a Difference
Date: 15/03/2018
Author: Minister Office
Source: MoPH 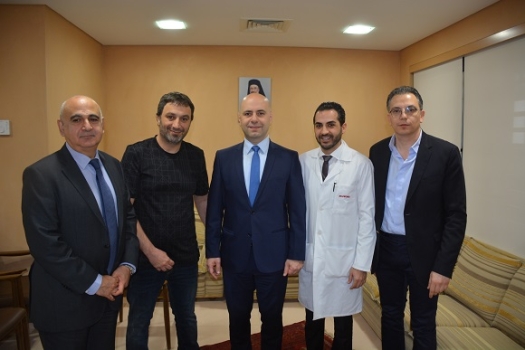 Hasbani Visited the Sextuplets and their Mother at St. George's Hospital

Deputy Prime Minister and Health Minister Ghassan Hasbani visited Saint George Hospital University Medical Center, where he met with Mrs. Muna who gave birth to sextuplets. The Minister was received by the sextuplets’ father Youssef Fadlallah, the Director General of the hospital Edgard Joujou, Dr. Nadim al-Hajal, the obstetrician in charge of Fadlallah pregnancy and delivery and Dr. Dany Hamod, the pediatrician in charge of the medical care of the newborns in the intensive care.

Minister Hasbani thanked the hospital for its assistance and vowed Health Ministry would cover the additional costs of caring for the newborns, and following up their medical condition during their staying in the hospital to fulfill all their needs until they become healthy and are released from medical care.

The newborns’ father Youssef Fadlallah recognized the immediate response of Minister Hasbani and the healthcare support he provided to the family.
“What happened to us is unusual; perhaps this is happening for the first time in Lebanon. This is our special gift from God and I am quite sure that he will stay with us,” Fadlallah said.

Dr. al-Hajal said that the weights of newborn infants range from 850g and 1kg 40g. Our achievement is that we made it without any of the babies dying until the delivery the seventh month. This is an unusual case; it is one in 4 million.

Dr. Hamod said that the newborns would remain three to four months in the infant incubators, knowing that they are all healthy and growing up so fast. 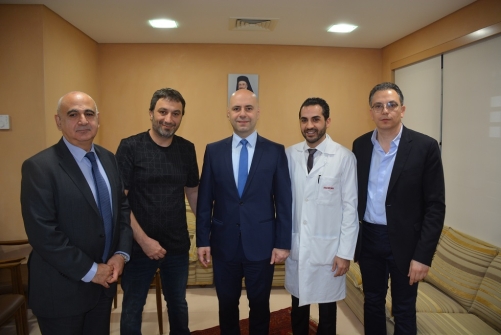 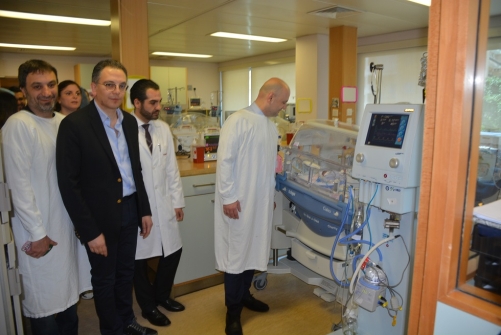