Be Responsible
#Raise your voice
Send us any Fraudulent Action or Enquiry so we can ALL contribute to make a Difference
Date: 19/10/2017
Author: Minister Office
Source: MoPH 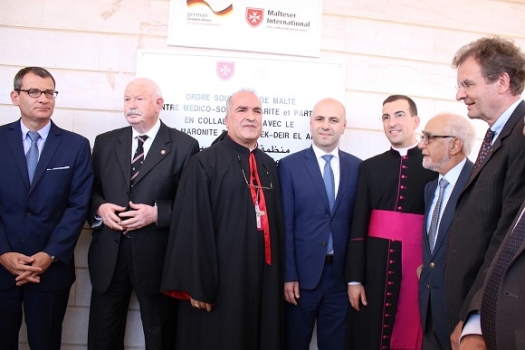 Hasbani during the Launch of the Project for the Development of the Healthcare Center in Deir El Ahmar: We are Working to Apply Technology for the Sake of Hospitalization

A ceremony in Al-Mahabba Hospital in Deir El-Ahmar was held on the occasion of the launch of the project for the development of a healthcare center inside the hospital in collaboration between the Lebanese Association of the Knights of Malta and the Maronite Catholic Eparchy of Baalbek-Deir El Ahmar and in the presence of Deputy Prime Minister Health Minister Ghassan Hasbani, the President of the Association of the Knights of Malta Fra Giacomo Dalla Torre, a delegation from the Association, Malta Organization’s ambassador in Lebanon Charles Henry Daragon, The German Ambassador to Lebanon Martin Hoth, former deputies Rabiha Kayrouz and Nader Succar, the pastor of the Maronite Catholic Eparchy of Baalbek-Deir El Ahmar Bishop Hanna Rahmeh, Mufti Baalbek Hermel Sheikh Khaled El-Soleh, Bishops Semaan Atallah and Mounjed El-Hashem, former Ambassador Naji Abi Assi, the Lebanese Forces candidate in Baalbek- Hermel district Antoine Habchi, president of the Lebanese Association of the Malta knights Marwan Sahnawi, president of the German Association Prince Eric Di Lipkovitch, President of the French Association,  Malteser International’s president Count Thierry de Beaumont Beynac and its Director General Ingo Radtke, Presidents of municipalities , mayors and figures from the region.

“The real partnership between the State and the civil community and the service of Man and devotion to homeland are reflected by the qualities of Deir El-Ahmar’s people. Today we witness the will to stay, give and love,” Hasbani said in a statement.

“The will to stay is expressed by the attachment of Deir-El Ahmar’s people to their land. In spite of all the difficulties they have gone through, they have never renounced it. Their determination made them deploy all their efforts to grow it. They have always been dreaming of establishing a hospital or a healthcare center to treat people and spare them from transportation difficulties,” Hasbani added.

“The will to give reflected by Malta Association. This region has a great experience with this association dating back to the 1980s in Barqa. It is also seen in the donor countries, at the top of which the German State,” he stated. 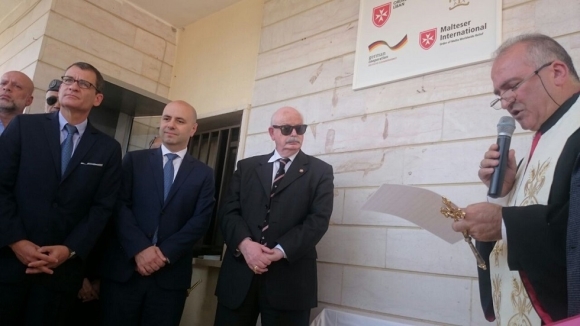 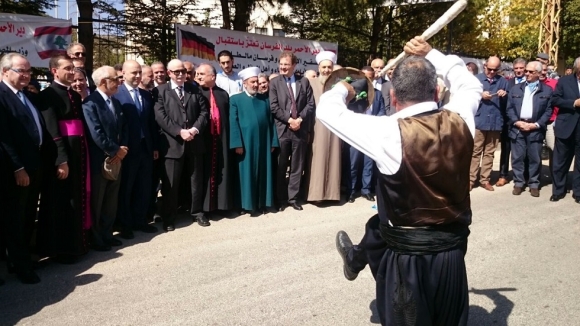 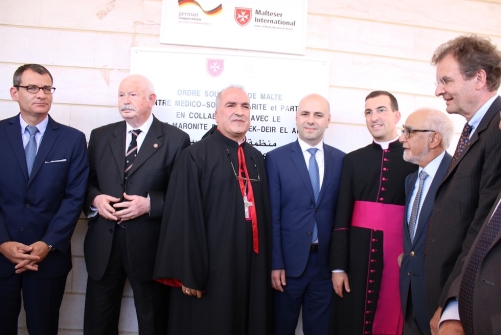