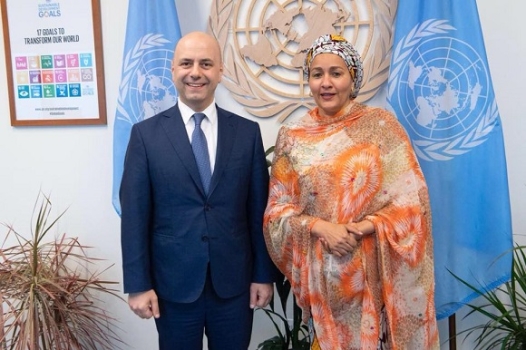 After he presented the two reports of ESCWA and Lebanon on the SDGs, Caretaker Deputy Prime Minister and Health Minister Ghassan Hasbani held meetings with UN officials, foremost among them Deputy Secretary-General of the United Nations Amina Mohammed on the margins of the High Level Political forum. The meetings discussed the opportunities and challenges for Lebanon to achieve sustainable economic and social development to achieve the UN goals for 2030.

These goals include economic growth, energy, clean water, environment, health, education, climate, preservation of land and seas, equality, end of hunger, promotion of peace and collaboration at both local and international levels.

Hasbani met also with the ambassadors of the United States, China, Russia and France and discussed with them the situation in Lebanon and the region and the matters of the displaced Syrians, as he stressed the importance of finding immediate solutions to ensure their safe return to their homeland. He also highlighted the need to continued support to the Lebanese army that has proved its ability to preserve stability and defend the Lebanese territory against terrorist risks and extend its authority throughout all Lebanese regions.

Ambassadors of States of the Security Council brought up with Hasbani the renewal of the mandate of the UNIFIL and its role in stability, as well as the support of the UNRWA which provides assistance to Palestine refugees since the Lebanese State cannot bear the costs of education, health and other social costs, as he called on UNRWA to continue performing its duties to achieve the return. 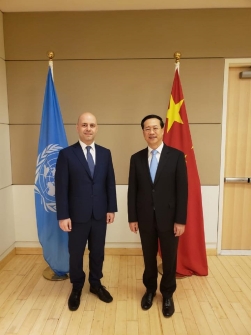 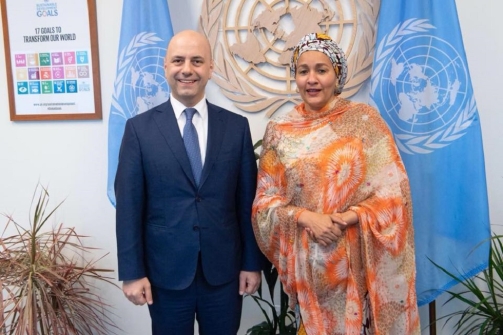