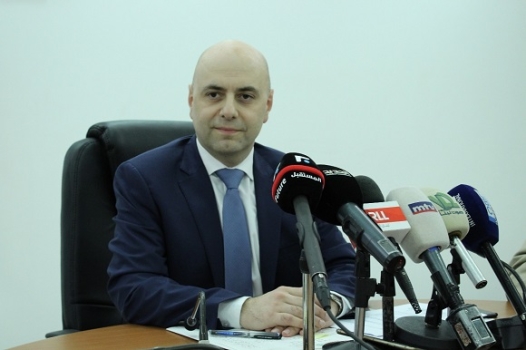 Caretaker Deputy Prime Minister and Health Minister Ghassan Hasbani stated that the parties publicly engaged in the campaigns concerning government hospitals had secret demands for hospitals they consider belonging to them.

“We are not surprised at the campaign waged against the technical and practical performance of the “Lebanese Forces” ministers that provoked some politicians. And when we refused to politicize the matter and making it subject to allocation of benefits among political parties, most of the MoPH’s items weren’t included in the cabinet’s agenda. But we were able to overcome these obstacles and support the healthcare sector by securing drugs permanently, ensuring the proper functioning of hospitals, through more than 350.000 healthcare cards covered by the Ministry and providing drugs to 25.000 patients with chronic and incurable diseases,” he added.

In an interview broadcast by MTV, Hasbani noted that there is no difference between private and public hospital for him, but there are hospitals, number of beds and patients that should be served across Lebanon, notwithstanding their affiliation or region. He added that the Ministry’s budget is limited and hasn’t been increased in 2018.

Hasbani said that the financial ceiling has been increased through the improvement of other resources, such as the coverage card that makes it compulsory for patients to have outpatient exams covered by the Ministry exclusively in the labs of the government hospitals.

“The work we are performing aims at improving the performance of the government hospitals and controlling the same to reduce waste through the introduction of TPA and the activation of the role of inspection doctors in hospitals,” he added.

“When we were calling for the increase of budgets and radical solutions for government hospitals last year, these matters weren’t included in the cabinet’s agenda and the parties raising claims today didn’t support the matter at that time for political reasons.”

“The World Bank USD 150 million funding for primary healthcare will be dedicated in part to the improvement of government hospitals to develop emergency rooms and infrastructure.”
Sitemap