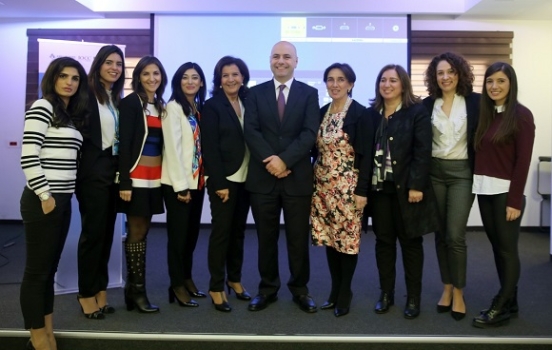 Deputy Prime Minister and Health Minister Ghassan Hasbani launched “the national policy on infant and young child feeding” during a press conference at the premises of the Ministry in collaboration with the UNICEF.

“We need fewer drugs when we take good care of our children’s health. If breastfeeding was widely spread we wouldn’t need large quantities of drugs,” said Hasbani
.
He stressed that the Ministry of Public Health was eager to ensure good nutrition and an environment suitable for that. It was also keen to provide the best drugs in terms of quality and price. He also reminded of the amendments introduced to the drugs’ pricing mechanism, which started to be implemented.

Hasbani mentioned that the first practical step of these decisions was implemented by reviewing the prices of the generic drugs that were higher than that of their branded versions.

“The memorandum No. 114 issued on 27 November 2018 included 303 generic drugs of which prices were reduced by 20%, knowing that the reduction reached a maximum of 73%,” Hasbani added.

The ministry will continue to reduce the prices of drugs, as it will reconsider the prices of 1630 drugs within two weeks as said before. The re-pricing of drugs will include 3440 drugs during the first half of 2019.

Talking about infant and young child nutrition in Lebanon, Hasbani mentioned that the rates of exclusive breastfeeding up to six months are very low (14.8%) and breastfeeding infants up to two years of age remains a considerable challenge due to the lack of the necessary support.

Hasbani noted that the Ministry had taken many steps and initiatives in collaboration with many partners during the last ten years to improve the nutrition of infants and young children, most important of which are the following: 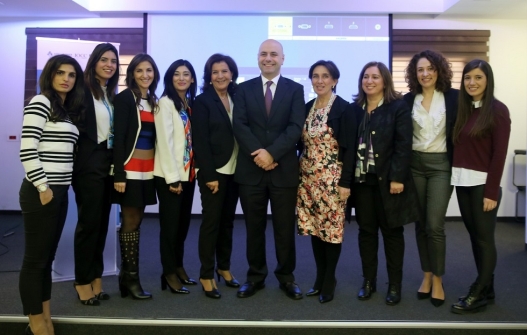 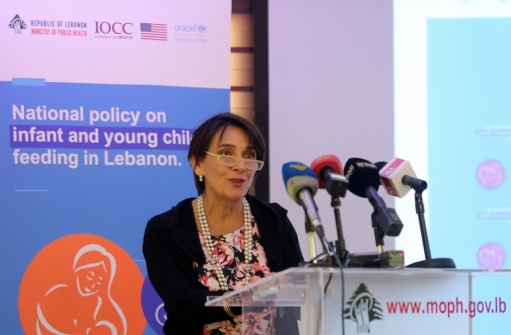 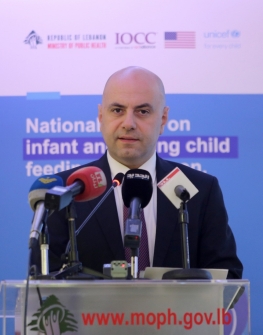 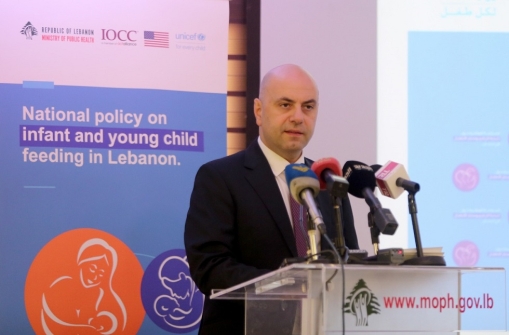