Be Responsible
#Raise your voice
Send us any Fraudulent Action or Enquiry so we can ALL contribute to make a Difference
Date: 21/05/2017
Author: Minister Office
Source: MOPH 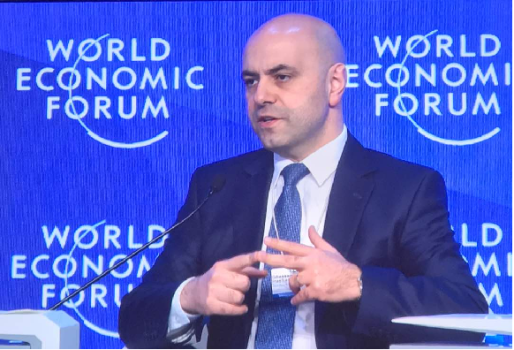 Hasbani Participated in the World Economic Forum Held at the Dead Sea Hasbani: The Most Suitable Option is to Have a Governance Model which Based on the Economic Freedom Related to Social Responsibility

Deputy Prime Minister Health Minister Ghassan Hasbani called for an economic system that would serve all sections of society and work on rebuilding skills and ensuring the access of everyone to Health Care, education and housing.

Hasbani’s positions came during the work sessions of the World Economic Forum on the Middle East and North Africa under the theme “Empowering Generations into the Future”, that was held at King Hussein Bin Talal Convention Centre in the Dead Sea, Jordan with the participation of more than a thousand of Arab and international Leading figures from both private and public sectors, among them several Heads of State and Government.

Hasbani who took part in open and closed meetings in the Forum, stressed the importance of collaboration between all sections of society to achieve developmental inclusion that build economic societies able to support leading ideas via modern technology and the development of creativity through the participation of public and private sectors to draft legislations that have clear objectives and work on supporting innovators.

In one his interventions, Deputy prime Minister said: “the World keeps on shifting towards governance model similar to the aspirations of the modern society. After the conflict between unbridled capitalism and socialism, globalization came to prove that none of these models could achieve stability and growth and involve all components of the society. Hence, the world is shifting today towards a model that is based on the economic Freedom related to social responsibility.”

He added: “this is the most suitable model for our society in the region and  for the rest of the world, if it is implemented by the government together with the private sector and the civil community. This transition to new model will have corrective actions at many levels. These actions may sometimes have violent and reverse effects. However, we have to reduce the phase of experience and move to the phase of stability to reduce loss and benefit from development. Good governance, growth and development are needed to achieve global development and address challenges the world is facing today, in particular in the Middle East.”

Hasbani took also part in a closed meeting that gathered leaders from the United Nations and the European Union and discussed the future of the Middle East region, the current issues it is facing and the suggested solutions, as well as the problems Lebanon will face in the days to come.

A meeting with a group of Lebanese youths was held on the margins of the summit during the Economic Forum. 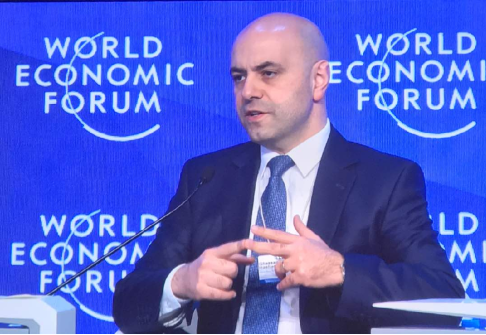 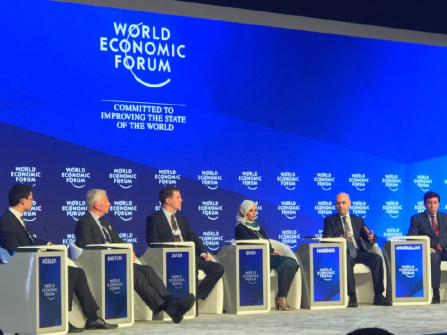 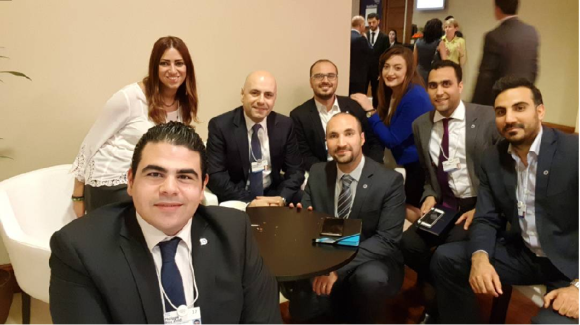