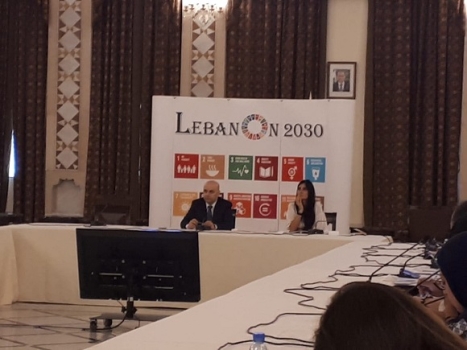 Caretaker Deputy Prime Minister and Health Minister Ghassan Hasbani chaired at the Grand Serail the meeting of the National Committee for sustainable development that includes all the line ministries, after finalizing the first Voluntary National Review report for Lebanon to be submitted to the High Level Political Forum – HLPF in New York.

Minister Hasbani said that the committee has completed a considerable work- the first VNR report for Lebanon – and reminded that Lebanon expressed to the United Nations in August 2017 his willingness to submit his first VNR report to the forum in New York.

Deputy Prime Minister noted that the report includes a comprehensive review for the national and ministerial plans and initiatives targeting the 17 SDGs. “The report outlines and analyzes the initiatives, projects and work programs suggested by the concerned ministries and administrations that will end up with Lebanon’s achieving SDGs. It also includes a chapter on the private sector’s initiatives in this field and another comprehensive and detailed chapter on the civil society’s approach to 2030 agenda and the institutionalization of its work to meet SDGs and cooperate with the State in this area in the next phase,” Hasbani added.

During this week, the final version of the VRN report will be electronically sent to the United Nations and submitted to the HLPF that will be held in New York from 16 to 18 July 2018. 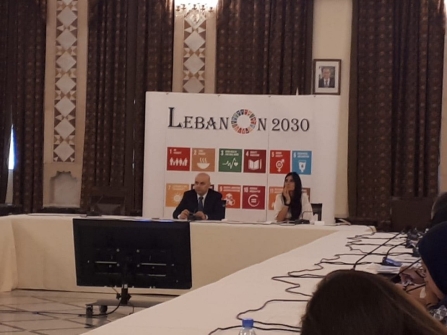