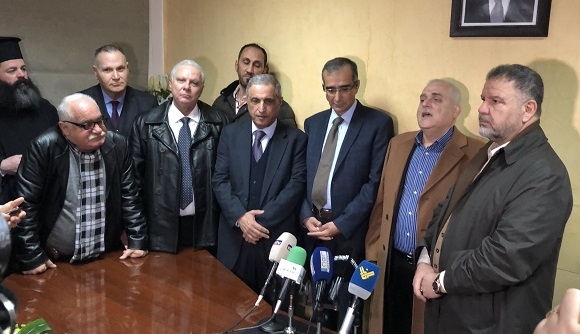 Jabak toured the hospital’s departments with the chairman of the board of directors and the director general Dr. Moueness Kalakech who briefed him on the medical services the hospital provides to the citizens coming from different villages in South Lebanon. Dr. Kalakech also informed Minister Jabak of the needs of the hospital as to the medical equipment. Jabak met with a number of patients in the hospital and visited the intensive care and cardiology departments.

Jabak then visited the new building that was constructed in 2016 before he held a press conference in Kalakech’s Office at the hospital.
“Marjayoun Hospital is an example of coexistence. Although it is a small hospital with 60 beds only, however it has great potential and highly qualified doctors,” Jabak stated.

The Hospital’s Director Dr. Moueness Kalakech briefed Minister Jabak on the medical services provided by Marjayoun Hospital, praising the major role of Speaker Nabih Berri and his support to the hospital.
Sitemap