Be Responsible
#Raise your voice
Send us any Fraudulent Action or Enquiry so we can ALL contribute to make a Difference
Date: 06/07/2018
Author: Minister Office
Source: MoPH 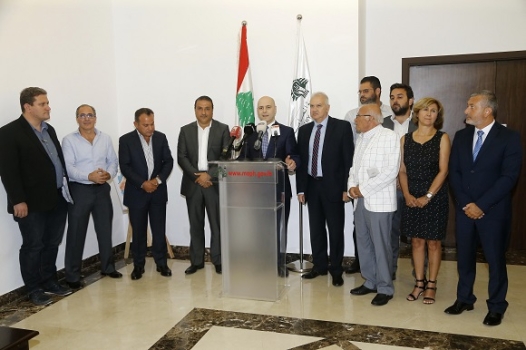 Deputy Prime Minister and Health Minister Ghassan Hasbani received in his office at the Ministry MP Dr. Fadi Saad and the secretary of “the strong republic” coalition Dr. Fadi Karam who presided over a delegation of environmental activists and municipality councils from Tripoli, Koura and Batroun. The issue of pollution due to waste dumps and cement plants in the region and their health impacts on citizens caused by non-treatment were discussed during the meeting.

After the meeting, MP Saad noted that the pollution issue, in particular Asbestos and the resulting diseases have become a serious problem in the North regions, given its direct and indirect health damages. As evidence of fact, the increasing high number of patients with cancer, mainly lung cancer directly linked to Asbestos. Saad announced that it was agreed on the formation of a committee to follow up on finding solutions in partnership with the civil society and the concerned ministries.

Hasbani stated that there is an increasing need for treatment as a result of the growing risk of diseases in some Lebanese regions directly related to the environmental issues and the resulting impacts on the citizens. In North Lebanon, in particular Koura and Batroun, these impacts are caused by the cement manufacturing and in Tripoli, these negative environmental effects are due to the non-treatment of trash.

Hasbani added that this issue led to the increase of the medical bill. “We have agreed to form a follow-up committee to highlight the current problems and find solutions to risks in a scientific and organized way, to avoid further damages.”

The Minister of Public Health called on all the concerned parties at the Ministry of Environment, the Ministry of Interior and Municipalities or the Ministry of Industry to take initiatives and cooperate with the civil society to find solutions to issues that leave direct health impacts on the citizens in the region that suffers from the negative environmental effects.

Hasbani stressed that securing the treatment is not enough. The root causes of diseases must be identified to prevent these diseases from now to the next forty years to come, since the environmental effects may appear many years later. 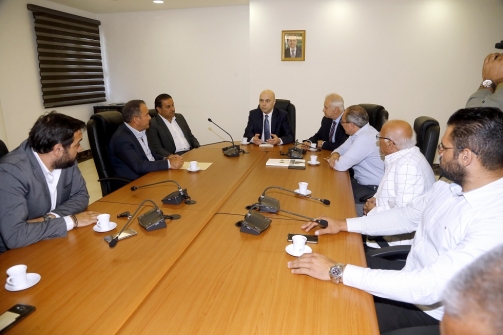 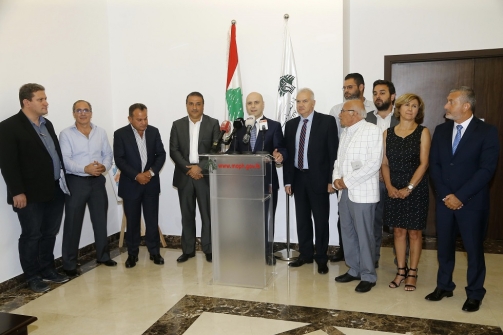